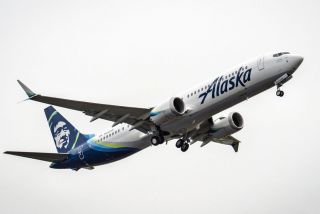 The amended deal, under which deliveries are expected between 2023 and 2024, is also expected to increase the pace at which the airline’s fleet shifts back to Boeing planes.

Alaska, for which 737 MAX order book inclusive of options and lease commitments stands at 120 airplanes, may exercise further options to purchase 15 aircraft with deliveries between 2023 and 2026.

In December, Seattle-based Alaska Air had agreed to buy 23 MAX 9 jets, an order worth about $2.96 billion at list prices before significant discounts.

The Alaska Air deal comes just a day after Boeing said it sold 100 new 737 MAX-7 jets to long-time customer Southwest Airlines, in its biggest order win since the safety ban was lifted.

Earlier this month, the planemaker won orders for 24 of the 737-8 model from a backer of Canadian low-cost carrier Flair Airlines.