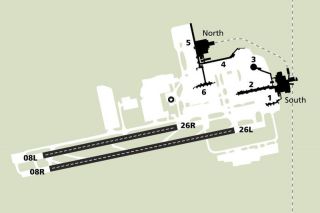 LONDON - The volume of  air cargo handled through London Gatwick Airport is forecast to increase to around 350,000 metric tonnes per year by the middle of the century (2047), up from 150,000 tonnes in 2019/20 - if the airport’s plan to bring its Northern runway into routine use is realised.

The increase in cargo is primarily driven by the expected growth in long-haul connectivity offered by the additional runway, with widebody aircraft to destinations in Asia and the Middle East seen as providing significant growth in cargo in the years ahead.

Gatwick has started a public consultation on plans to bring its existing Northern runway into routine use alongside its main runway.

"If we realise our plans and the Northern runway is brought into routine use it will bring significant benefits for the local area, including new jobs and opportunities for business," Gatwick Chief Commercial Officer Jonathan Pollard said. "I would encourage anyone who wants to see these benefits delivered to let us know what they think by responding to our public consultation before it closes on the 1 December this year."
© aero.uk | Image: Gatwick Airport | 24/09/2021 10:59