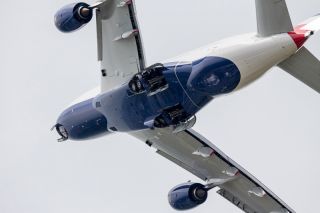 LONDON - British Airways is returning the Airbus A380 to service. The A380s will be phased-in on the European network from November before first intercontinental flights.

London - Frankfurt and London - Madrid: British Airways preps pilots and cabin crew on European A380 flights in November for a return of service of the type.

Following these "familiarization flights" to Frankfurt and Madrid, British Airways will operate the A380 on routes to Los Angeles, Miami and Dubai in November.

British Airways will only open the main deck to passengers for operational reasons on the flights to Frankfurt and Madrid. The airline will initially recall four of its twelve A380s to the active fleet. British Airways will eventually return the entire A380 fleet to service as internationale markets reopen, the carrier maintained in the past.
© aero.uk | 08/10/2021 09:26