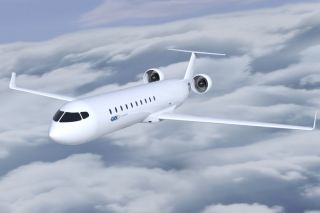 LONDON - A UK aviation consortium featuring representatives from airports, manufacturers and academic institutions have released interim findings on the viability of achieving zero emission flight in the UK. Three aircraft from 9 to 48 seats could provide the technical platform for hydrogen flights.

Over the past year, Project NAPKIN, which is funded through the UK Government Innovate UK Future Flight Challenge, has been evaluating each part of the future aviation system from future aircraft and their performance, infrastructure at airports, viable economic models, and passenger attitudes.

Central to the project has been analysis of three aircraft, a 9 seat Britten-Norman Islander, a 19 seat DHC-6 Twin Otter and a reconfigured 48 seat ATR 72-600. The consortium believes that it would be possible for all three aircraft to be hydrogen retrofitted and that the current airfield and in-flight performance of the aircraft would be largely unaffected.

This has the potential, in the case of the Britten-Norman Islander and DHC-6, for both aircraft to operate on lifeline routes such as between the Scottish mainland and islands by the mid-point of this decade.

More widespread regional connectivity across the UK is achievable with an ATR 72-600 equivalent, around 2030. The consortium believes, in a 48-seat configuration, it could operate on nearly all current domestic routes.

"Furthermore, with the appropriate infrastructure in place at UK airports, all three aircraft could provide jet zero services on routes that are currently unserved, further enhancing regional connectivity and supporting future business models of smaller airports across the country," the consortium said.

From an airport infrastructure perspective, using London City’s 2019 domestic schedule as a baseline, the consortium believes a zero-emission network could be integrated into the airport’s operations, subject to appropriate storage investments and ensuring sufficient supply, and sustainable delivery of, hydrogen.

The final report will include analysis of a small narrowbody aircraft, passenger attitudes, noise performance and insight into how the aircraft could be adopted by airlines, will be published in April 2022.
© aero.uk | Image: London Heathrow Airport | 13/12/2021 10:31