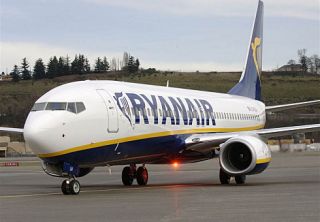 DUBLIN - Ryanair`s Spanish pilots accepted on Thursday a 20% pay cut and work practice changes, the latest deal the Irish airline has struck with trade unions in exchange for a pledge to minimise job losses.

Europe's biggest budget airline warned it would have to cut up to 3,000 jobs if it could not agree pay cuts with pilots and cabin crew after the COVID-19 crisis grounded 99% of its planes from April to June and continued to hit business thereafter.

Ryanair had reached agreements with 85% of its pilots and 75% of cabin crew by the end of July, including in other major markets such as Britain, Ireland and Germany.

However, it said on Thursday it had failed to strike a deal with Spanish cabin crew unions USO and SITCPLA, making job losses among their members more likely.

Ryanair this week reduced its capacity by a further 20% during September and October after a reimposition of some travel restrictions led to weak bookings.

While bookings were continuing to build in Germany, Italy and most other European countries, they were "terrible" in Ireland and certainly down 50% year-on-year, O'Leary told Irish national broadcaster RTE in an interview.
© Reuters, aero.uk | 20/08/2020 15:08