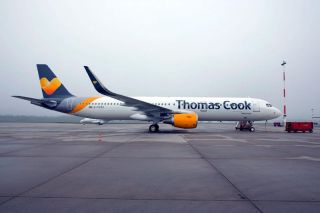 The CAA said 4.800 people were due to return on 24 flights on Sunday, with the final flight in the operation - a service from Orlando, Florida to Manchester - due to land on Monday morning.

CAA Chief Executive Richard Moriarty said: "In the first 13 days we have made arrangements for around 140.000 passengers to return to the UK and we are pleased that 94% of holiday-makers have arrived home on the day of their original departure."

British Transport Minister Grant Shapps has said the government will try to recoup some of the costs of the repatriation, both from third parties such as insurers and from the failed company's assets.
© Reuters | 07/10/2019 11:11