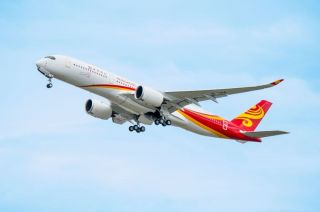 HONG KONG - A Hong Kong air transport regulator said on Saturday it decided against suspending the licence of Hong Kong Airlines, the city's second largest carrier, after it scrambled for funding. "Hong Kong Airlines is here to stay", the company said in a statement after the ATLA decision.

The airline, part-owned by cash-strapped Chinese conglomerate HNA Group, said on Wednesday it had a cash injection plan enabling it to pay outstanding salaries to staff the next day.

Air Transport Licensing Authority (ATLA) said in a statement on Saturday the cash injection plans were satisfactory, adding that it would continue to closely monitor the firm's operations. The regulator had warned the carrier it needed to shore up its financial position by Dec. 7 or risk suspension or loss of its licence.

"ATLA has given careful consideration to factors including public interests and the policy direction of maintaining Hong Kong as an international aviation hub," an ATLA spokesperson said.

"We will also actively communicate with our service providers to resolve outstanding financial issues and gradually bring our service back to normal," Hong Kong Airlines said.

Hong Kong Airlines and larger rival Cathay Pacific Airways Ltd are battling a steep decline in demand as a result of months of anti-government protests in the financial hub.

Hong Kong Airlines was in a precarious financial position even before the unrest. The unlisted company in April told shareholders it had lost HK$3 billion ($383.39 million) in 2018, according to people with knowledge of the matter. It has announced several capacity cuts, including the suspension of flights to Vancouver, Ho Chi Minh City and Tianjin.
© Reuters, aero.uk | Image: Airbus | 08/12/2019 09:18