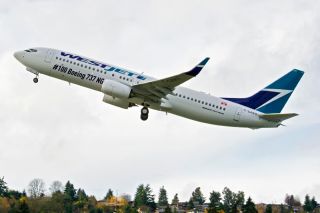 MANCHESTER - The quickest ever Transatlantic route from Manchester Airport is set for a summer 2020: direct flights to Halifax in June with Westjet will take only six hours. The link is offered four times per week on Boeing 737-700 with two classes and onward connectivity including Ottawa, Calgary and Edmonton.

The service will cross the Atlantic in just more than six hours on the way to Halifax, and five hours on the return: Manchester Airport can add a fast connection to Canada this summer.

The Halifax link will be Manchester Airport`s shortest long-haul route and is the latest addition to its departure board, with services to Dhaka, Sylhet, Shanghai and Boston already announced for this year.

Halifax is the capital of the Canadian province of Nova Scotia and is a major economic centre with a large concentration of government and private sector companies. The route will enable passengers to connect onto a wide range of services to other Canadian destinations, such as Ottawa, Calgary and Edmonton.

"This will be the fifth long haul route to launch at Manchester Airport in 2020, underlining the role we play in giving people and businesses across the North direct access to key tourist destinations and economic hubs", Manchester Airport chief executive Andrew Cowan said.
© aero.uk | Image: Boeing | 20/01/2020 08:09