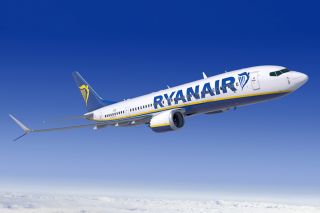 DUBLIN - Ryanair has submitted an offer to Boeing for a new order of its grounded 737 MAX jet but does not expect to finalise it until the plane returns to service, Chief Executive Michael O'Leary said on Monday. The airline wants to be "at the head of the queue" once the current flight ban is lifted.

Ryanair made the offer for an undisclosed number of 737 MAX 10 jets, a larger model than the MAX 200 model the Irish airline currently has on order, O'Leary said on a conference call following the release of financial results for the last three months of 2019.

"We are already in discussions with Boeing. We have an offer on the table for an order for new MAX 10s, which is a 230-seat aircraft," O'Leary said.

"To be fair to them I don't think the new management team is in a position to be able to talk to us about a new order," he said. "We understand that, but we have an offer in and we expect to be at the head of the queue."

Ryanair is one of the biggest customers of the MAX, with 210 currently on order. It was due to take delivery of the first 55 in time for this summer but now expects them by the summer of 2021.

"We expect to reprice the (MAX) 200 order we already have and we would expect to put in place or agree a deal with Boeing on new aircraft pretty soon after the return to service has been resolved," O'Leary said.

"Airbus have now had a 12- and 18-month lead over Boeing in terms of aircraft orders and the new management team at Boeing need to be capturing back that lead and the starting point should be their biggest existing customers, which is Southwest and Ryanair," he said, referring to Southwest Airlines .
© dpa-AFX, aero.de | Image: Boeing | 04/02/2020 08:00