Why aviation needs a fast lane in post-Brexit talks 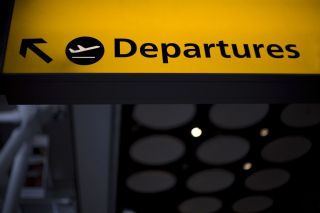 LONDON - British pilots are urging the EU and UK negotiating teams to come to an early agreement on aviation in the forthcoming talks to avoid "catastrophic disruptions" in air transports. Unlike other industries aviation is not governed by a WTO mechanism - a crucial safety net to fall back if trade talks lapse.

During the post-Brexit transition period to the end of 2020 the UK and EU must negotiate new trading arrangements or default to WTO rules.

"However, there are no WTO rules for aviation and so both the UK and EU must reach a deal for aviation whatever else is happening", British pilot union Balpa warned. "There is currently no clarity on two important issues - safety regulation and air service agreements."

Aviation is absolutely vital to the UK economy contributing 52 billion pounds to UK GDP and supporting nearly one million jobs. "And because this is one area where the industry is overwhelmingly unified - we need to maintain current EU and UK access to our aviation markets and to maintain EASA safety regulation", the pilots argue.

"It is common ground that without a UK-EU deal on aviation beyond the end of this year there is no alternative to catastrophic disruption to air transport," Balpa General Secretary Brian Strutton warned. "But it is also common ground that both sides know they must avoid this."

UK and EU officials have already prepared a deal keeping aviation rules and regulations aligned which essentially allows for the status quo. "The key point is that 164 million passengers travelling back and forward between the UK and the EU - whether to work, on business, or for leisure - need to know now that they still can", Balpa said.
© aero.uk | Image: Gatwick Airport, Heathrow airport | 18/02/2020 07:36