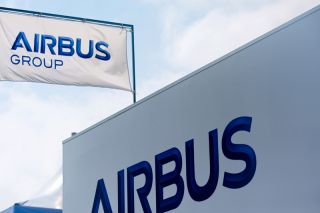 HAMBURG - Airbus confirmed on Sunday it would resume only partial aircraft production when its French and Spanish factories reopen on Monday after a four-day shutdown to tackle health concerns over the coronavirus.

Some French labour unions said on Saturday it had been decided that production would resume at a slower than normal rate.

In a statement late on Sunday, the European planemaker said its production and assembly work would "partially resume" in France and Spain on Monday, following health and safety checks.

France and Spain host some Airbus civil and military assembly lines and manufacture parts needed to preserve Airbus operations in other countries, mainly in the UK and Germany but also at satellite assembly sites in the United States and China.

Workstations will only open when it is safe to do so, Airbus said, without saying how steeply its production would fall.

France's CGT union criticised the move, saying it put not only Airbus factories and surrounding populations but those of a wider supply chain at risk. It said workers should be allowed to decide for themselves whether to return to work.

In its statement, Airbus said it had carried out extensive work with unions to ensure the health and safety of its employees, while securing business continuity.

The halt for deep cleaning and the re-spacing of workers on production lines were echoed by similar steps at some suppliers last week. But there are fears that shortages in the supply chain could quickly disrupt output again, industry sources said.