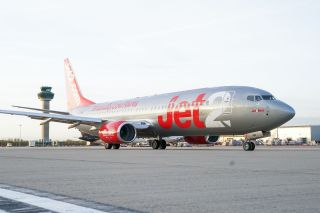 MANCHESTER - Budget airline Jet2.com said on Monday it would be cancelling flights from Britain to 10 destinations in Spain on Tuesday, after earlier cancelling flights to four destinations. Other airlines also adapt their schedules to tighter travel regulations. Tour operator TUI will suspend all holidays to mainland Spain.

Late on Monday, Jet2 said on Twitter it would be cancelling all flights to mainland Spain, the Balearic And Canary Islands, Tenerife, Fuerteventura, Gran Canaria, Lanzarote, Majorca, Minorca and Ibiza on July 28.

Flights scheduled back to the UK from those destinations will be operating, the airline said. The cancellations to Spain came after the UK government said holidaymakers returning to Britain would need to quarantine for two weeks.

"Following the latest government advice regarding travel to mainland Spain from the UK, we have taken the decision to suspend our flights and holidays programme to Costa de Almeria, Alicante, Malaga and Murcia from 28th July up to and including 16th August," the airline said on Twitter.