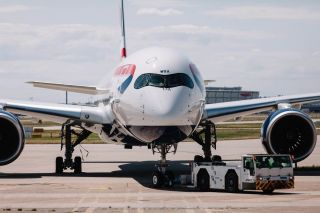 LONDON - British pilot union BALPA has called for the Government to provide much-needed clarity for the aviation industry on Brexit.

"It is still not clear what agreements will be in place for the air travel industry to continue to operate between the UK and the EU from January onwards", the union said. There are also questions about pilot licences and employment rights which remain unanswered.

"I am worried about the increasing talk of no deal following the transition period," said BALPA General Secretary Brian Strutton. "To be clear, there is no WTO fall back for aviation. At the very least there has to be an air transport agreement in place for flights to continue between the UK and the EU."

The pilots would like to see much more than such a "bare bones" agreement. "We would like to see mutual recognition of pilot licences, clarity around the ability of UK and EU pilots to fly aircraft registered in each other’s jurisdictions, and around employment rights for temporary basing," Strutton said.
© aero.uk | 22/09/2020 07:59