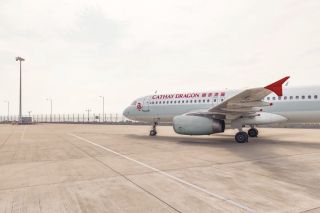 SYDNEY - Hong Kong's Cathay Pacific Airways decision to force pilots permanently onto lower-paid contracts or risk losing their jobs is "draconian" and "short-sighted", the head of the union representing them said on Friday. The carrier on Wednesday announced plans to cut 5,900 jobs to help it weather the pandemic.

These include nearly all of the positions at its regional airline Cathay Dragon, which it has shut down.

It is also seeking changes in its contracts with pilots and cabin crew as part of a restructuring that would cost HK$2.2 billion ($283.87 million). Staff at many airlines around the world have agreed to temporary pay cuts to help their companies get through the COVID-19 crisis.

At rival Singapore Airlines Ltd, pilots have agreed to pay cuts, including up to 28.5% for most captains and up to 18.5% for most first officers through March 31, 2022 to avoid more job losses.

"The vast majority (of other airlines' pay cuts) are tied to a waypoint such as a point in time or profitability," Hong Kong Aircrew Officers Association (HKAOA) General Secretary Chris Beebe said in an interview. At Cathay, he said, the cuts are "completely open-ended and perpetual."

HKAOA said under the new contracts, Cathay will no longer need to follow the principle of "last in, first out" used at most legacy carriers, with the most recent joiners losing their jobs first.

Pay based on flying hours

That would enable it to target pilots for cuts based on the type of aircraft flown, which would be more efficient financially and operationally as it continues to review its fleet plans.

The new contracts, similar to those for new hires since 2018, also offer pay based more on flying hours than previously, leading to far lower salaries in periods where the airline is largely idle.

The degree of pay cut depends on which older contract the pilot was on, with one Cathay pilot telling Reuters on condition of anonymity that he expected a reduction of about 40%.

"By imposing these things, without a doubt, it will erode goodwill," Beebe said. "The arrogance of the company and the way they have approached this will be remembered for years to come."

Cathay chairman Patrick Healy told news media on Wednesday that the new terms were "highly competitive" with those of global peers. The airline did not respond to a request for comment on Friday.

BOCOM International analyst Luya You said that the new contracts might see greater uptake than expected given the soft market for aviation professionals, but that there was a risk employees could leave when conditions improve.

Pilots who do not sign the new contract will be terminated with three months' pay rather than made redundant with six months' pay, Beebe said, adding that the union was taking legal advice on the issue.
© Reuters, aero.uk | Image: Airbus | 23/10/2020 09:22