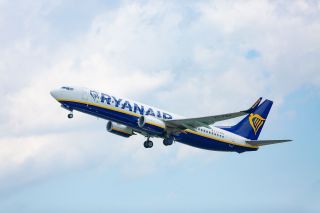 DUBLIN - Ryanair Holdings cancelled 12 international and domestic United Kingdom routes on Monday due to what it called a sudden change of Brexit-related policy by the UK Civil Aviation Authority (CAA), a charge the regulator rejected. The spat concerns registration of foreign aircraft for operation within the UK.

Europe’s largest low-cost carrier said its UK arm had agreed to Brexit contingency arrangements with the CAA two years ago, but that the authority had introduced new regulatory barriers on Sunday, 10 days before Britain’s Brexit transition period ends.

In a statement, Ryanair did not say what policy changes had rendered the operation of the routes "impossible”. In response, the CAA said it was incorrect for Ryanair to state that it has changed its wet-leasing policy at short notice.

"It has been our long-standing position that a UK airline with a significant presence in the UK, such as Ryanair UK does, should not rely heavily on using wet-leased, foreign-registered aircraft to undertake their operations," CAA Consumers and Markets Director Paul Smith said in a statement.

"Doing so undermines the competitiveness of the UK aviation industry and the effectiveness of the regulatory regime," Smith said, adding that the position had nothing to do with preparations for the end of the transition period.

The CAA issued Ryanair UK with a UK Air Operator Certificate in January 2019, which the Irish carrier said at the time would allow it to operate its small domestic UK service and UK to non-EU routes post-Brexit.