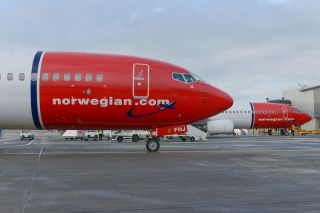 LONDON - The announcement on 14th January that Norwegian Air was stopping operations in the UK was a blow to its employees. Since then, more information has come to light which "has raised questions about the company, and highlighted injustices for the employees," pilot union Balpa said.

Norwegian - facing serious economic turmoil - cuts its UK ties. "On top of being made redundant employees were told on an employees’ call with the liquidators, KPMG, on Monday 1st February, that they will not even be paid their owed salary, holiday or notice pay, despite recent assurances from Norwegian," Balpa said.

Instead they now have to claim part of their pay arrears from the UK government. "Pilots are demanding answers about why they have been left with absolutely nothing," the union said. "The airline continues in Norway and has received significant government bailouts there, and yet the whole company is being liquidated in the UK and its employees left high and dry."
© aero.uk | Image: Norwegian | 04/02/2021 13:32