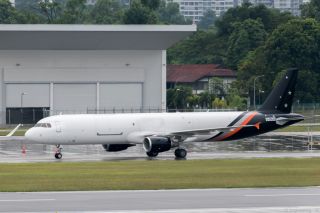 Post-Brexit regulation saw British airlines lose pop-up flights to European competitors on a regular basis. "We missed out on business to a Ukrainian Antonov 12 - an old cold war transport aeroplane - to fly car parts from the UK to Germany," Jota CEO Andrew Green told "The Guardian".

The competitor had its flight permit cleared in the UK faster than Jota in the EU. While UK airlines often wait up to three days for EU approvals, UK authorities respond to permit requests within hours, Green said.

New restrictions on wet-lease flights also cause concerns in the British back-up airline community. "We lost a contract we had operated for the past 12 months requiring a UK-based aircraft and crew to fly cargo between the UK and Germany," said Titan Airways CEO Alistair Wilson said. "This is EU law still presiding over business based in the UK."