Next steps for arrival route plans 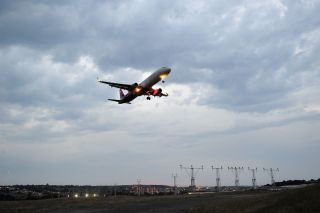 The consultation ran from 19 October 2020 to 5 February 2021, a period of 15 weeks and 5 days and more than 2,400 responses were received from MPs, councils, airlines, flying clubs, the military, community groups and individual members of the public, the airport said.

The joint consultation, co-sponsored by London Luton Airport and air traffic control provider NATS, consulted on two options to simplify and modernise the arrival routes for flights into the UK's fifth busiest airport and segregate them from Stansted's, ensuring safety.

"Once all responses have been scrutinised, London Luton Airport and NATS will publish explanations of the analysis and the final proposal, before submitting a formal Airspace Change Proposal (ACP) to the CAA expected to be in June 2021," Luton said.