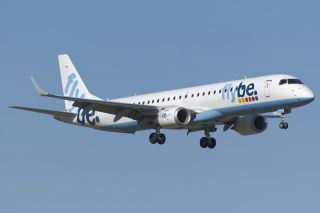 LONDON - Flybe returns to British skies this summer under new ownership. Thyme Opco - a shell company of former Flybe investor Cyrus Capital - snapped the assets of the regional airline that filed for bankruptcy and grounded its fleet in March 2020. According to administrator EY the sale has been completed Wednesday.

"We plan to launch a new and much improved Flybe sometime this summer on many of our former routes," a spokesman for Flybe Limited confirmed the rebirth of the airline that once employed 2,400 people, operated 60 planes and carried up to eight million passengers a year.

Flybe had to cease operations after financial struggles that started well before the crisis eliminated demand for air travel.

"The launch of a new Flybe will enhance regional connectivity across the UK and create new job opportunities within the airline industry," said Simon Edel, joint Flybe administrator at EY. "Completion of the sale of Flybe is positive news for local communities previously served by Flybe."