UK to suspend flights from India 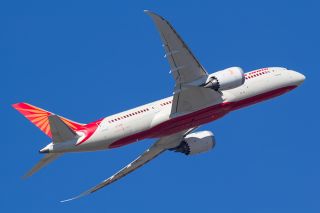 LONDON - Explosively rising Covid-19 infection rates and a double mutation in India cause Canada and Great Britain to suspend passenger air traffic with the country for the time being. Heathrow Airport rejected airline requests for additional flight shortly before the red list suspension took effect this Friday.

Religious and sporting events trigger a new wave of Covid-19 infections in India. John Hopkins University counts 332,000 confirmed nine-infections for India Thursday. The B1617 double mutant, first isolated in October 2020, is on the rise.

Canada and the United Kingdom respond by suspending air traffic from India as of Friday.

"We've made the difficult but vital decision to add India to the Red List," British health secretary Matt Hancock said. "This means anyone who is not a UK or Irish resident or a British citizen cannot enter the UK if they've been in India in the previous 10 days."