Easyjet to tap Spain and Portugal for 2022 recovery 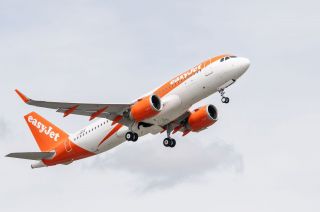 LUTON - The European aviation market continues to recover - Easyjet expects pent-up demand in 2022 and announced Monday it will be expanding its network of seasonal bases by adding five more aircraft across bases Malaga, Palma de Mallorca and Faro from May 2022, citing "the important role" of these markets.

The investment will create around 120 direct jobs in Spain where the airline currently employs more than 400 people, all under local contracts along with 30 jobs in the Faro base.

"As a result, next summer Easyjet will have five based aircraft in Malaga where it is the second largest airline, and seven in Palma, bringing the Spanish fleet to 16 aircraft, including four in its base in Barcelona," Easyjet said. Easyjet will also add an additional aircraft into Portugal at the Faro base.

This means the airline will have increased its fleet based in Portugal and Spain by 70 percent compared to pre-pandemic levels.

"As Easyjet has navigated effectively through the pandemic, the establishment of two new seasonal bases is an important move," Easyjet CEO Johan Lundgren said. The decision to add five aircraft to these basis is a testament to the important role they play in our network now and in post-pandemic recovery."
© aero.uk | Image: Easyjet | 21/09/2021 10:53