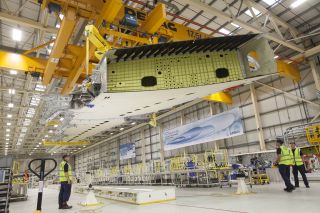 "The Temporary Arrangement allows UK and Russian manufacturing organisations to continue without interruption their business relations in supplies of parts and spares, retaining the arrangements in place before the UK's departure from the European Union (EU)," CAA said.

It also allows for both sides to negotiate a more detailed and broader working arrangement in the nearest future.

For the CAA, the Temporary Arrangement is one of several negotiated in recent months with several countries, including Brazil, Singapore, China and Canada, and following the UK's departure from the EU and European Aviation Safety Agency (EASA) system.

"Further agreements will be announced in the coming weeks," CAA said. For FATA, the CAA is the 28th national Competent Authority with which the Russian side has recently signed the airworthiness agreements in accordance with the Standards and Recommended Practices (SARPs) of the International Civil Aviation Organization (ICAO).