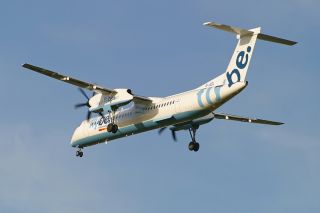 LONDON - Flybe is in the final stages to return to European skies by 2022. The revamped airline just hired an experienced manager to its team: Dave Pflieger joins Flybe as new CEO. The airline expects to achieve operational readiness ahead of the summer season 2022, insiders tell aero.uk.

The pandemic dealt a death blow to already struggling Flybe in May 2020. By April 2021, glimmer of hope returned when financial investor Cyrus Capital agreed to buy Flybe assets to form a new regional airline.

Since then, the team remained pretty much in a stealth mode with little information on the restart plans pouring out to the public. This just changed as Flybe confirmed Dave Pflieger to join its top brass as CEO.

"We are very fortunate to have someone with Dave's skills and track record at the helm of our new airline as it prepares to launch operations and serve key destinations in the U.K. and EU," Flybe chairman Kevin Hatton said according to City AM.

The Flybe team had outlined intentions in April to schedule operations before the end of summer 2021. A Dash-8 discarded by Austrian Airlines was registered with Flybe since spring. According to industry insiders, Flybe is working towards a 2022 summer season launch date now.
© aero.uk | Image: Flybe, Heathrow Airport | 26/10/2021 11:54