Flybe to start operations as a new airline in April 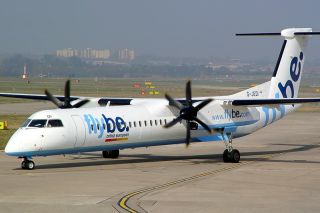 LONDON - Flybe returns to European skies from 13 April. The relaunched airline will operate up to 530 flights a week on 23 routes, PA news agency reported Tuesday. Flybe will mainly serve domestic flights within the UK, but also tap demand on routes to Amsterdam, Brest, Avignon and Toulon.

The pandemic dealt the final death blow to already struggling Flybe in May 2020. By April 2021, glimmer of hope returned when financial investor Cyrus Capital agreed to buy Flybe assets to form a new regional airline.

According to PA the new Flybe will start operations by 13 April on UK and European routes from two bases: Birmingham and Belfast.