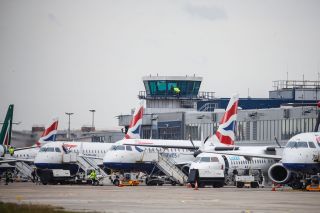 "This was up 54% on February and was the most successful month since March 2020," the airport said in a statement.

During March, British Airways routes to Rotterdam and Nice returned and new services were launched to Luxembourg and Milan-Malpensa. The Italian flag-carrier ITA Airways returned to LCY, operating a triple daily service into Milan Linate.

Commenting on the results the Airport’s Chief Executive, Robert Sinclair, said: "It is really pleasing to see so many passengers return to London City this past month," London City CEO Robert Sinclair said. " We also see more opportunities for the airport as several regional routes around Europe are currently without services into London."
© aero.uk | 12/04/2022 09:57