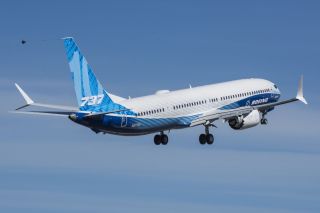 LONDON - British Airways owner IAG commits to 50 Boeing 737 MAX aicraft. The order is split in 25 737-8200s - a high-density version with additional doors that Boeing developed for low-cost airlines - and 25 737 MAX 10s, which is still pending regulatory approval. Deliveries are scheduled between 2023 and 2027.

The new aircraft will replace older fleets at the IAG subsidiaries British Airways, Iberia, Vueling, Aer Lingus and Level, IAG said. According to the official Boeing price list, the jets will cost a total of around 6.5 billion US dollars (6.2 billion euros).