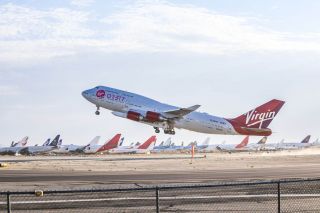 "Spaceport Cornwall, based at Cornwall Airport Newquay, has demonstrated to the regulator it has met the appropriate safety, security, environment and other aspects to operate a UK spaceport," the CAA said.

The licence enables Virgin Orbit to begin "wet dress" rehearsals ahead of a proposed rocket launch from a modified Boeing 747-400 flying launch platform, which would be the first of its kind on European soil.

"We appreciate the efforts of the British regulatory agencies with the support of the US Federal Aviation Administration in this first-time licensing process, as we strive in our respective roles to ensure a safe and successful mission in the coming weeks," Virgin Orbit CEO Dan Hart said in a statement. 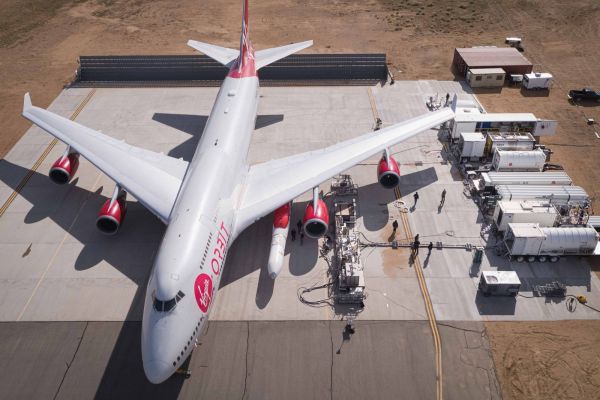 Virgin Orbit Boeing 747-400, © Virgin Orbit
The Boeing 747 will take off from the airfield and release a launch vehicle into space at an altitude of around 10.7 kilometers above the Atlantic Ocean. While the aircraft returns to Cornwall, the rocket will launch several satellites into orbit.
© aero.uk | Image: Virgin Orbit | 16/11/2022 11:58