Pilots can hold both UK and EASA license 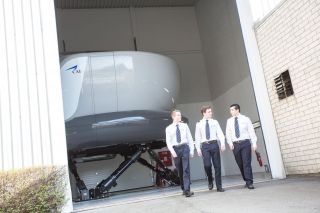 LONDON - Return path to a British license: the UK Civil Aviation Authority has launched a "simplified process" to allow pilots who transferred their licence and medical certificate to an EU member state in preparation for the end of the transition period to get their UK licence back.

Thousands of pilots transferred their documents to European member states in preparation for the end of the transition period in order to allow them to continue operating EU-registered aircraft.

Now that the UK has left the European aviation system, pilots are able to hold both a UK and European licence - something that was not possible under European regulations.

The new process is available to any pilot who held an EASA flight crew licence before the end of the transition period.

"I am really pleased we are able to offer this simplified route for pilots wishing to hold both a UK and EASA licence," CAA Director Rob Bishton said. "We know it was a tough decision for many pilots when they transferred their licences to another European member state and hope they will make use of this opportunity."
© aero.uk | Image: CAE | 14/04/2021 08:29