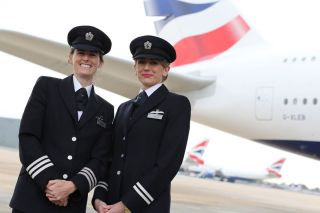 LONDON - More than 3,500 UK pilots have written to the Government to highlight a "new and unfair system" that means UK pilot licences have been "seriously degraded in value and utility" following Brexit. The new state of play might even have prevented UK pilots from securing UK jobs.

The pilots have signed a letter from The British Airline Pilots’ Association to the Secretary of State for Transport, Grant Shapps asking for"‘the UK to re-secure the swift and cost-free mutual recognition of European pilot licences".

Following the UK’s withdrawal from the European Union, pilots with UK pilot licences are no longer able to fly EU registered aircraft - including those based at UK airports - without a lengthy and expensive licence conversion.

"This is an active barrier to UK pilots being offered jobs," Balpa said. "However, pilots with EU licences are able to fly aircraft registered in the UK, giving EASA licenced pilots the advantage in applications."

To date, the UK Government has done little to even raise this contradiction with the EU, according to the pilots.

"There are thousands of out-of-work pilots with highly-respected UK licences, unable to take up positions with airlines registered in Europe but flying in and out of the UK," Balpa General Director Brian Strutton said. "Yet pilots with EU licences are able to fly for UK registered airlines."
© aero.uk | Image: CAE | 02/08/2021 13:55