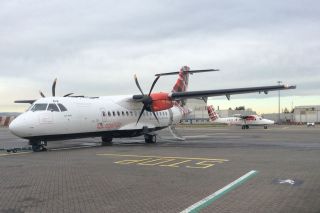 LONDON - British Airways and Loganair have announced a major expansion of their codeshare agreement, offering more choice and connectivity for customers travelling across the UK.

"The expansion to 18 new routes will give British Airways’ customers access to 38 of Loganair’s UK routes," Logan Air said.

The codeshare offering includes routes from Aberdeen to Belfast City, Birmingham, Bristol, Manchester and Southampton and the route from Cornwall Airport Newquay to Manchester among other links in the Logan Air network.

"It is great news to be expanding our longstanding codeshare agreement with Loganair," BA alliances manager Neil Chernoff said. "This will create better connectivity and offer more choice for our customers between UK regions and destinations all over the world."
© aero.uk | 03/02/2022 10:41