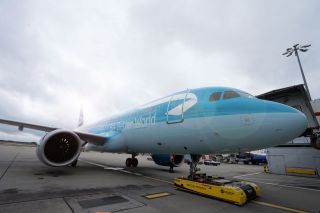 LONDON - British Airways responds to the passenger cap at Heathrow airport. The IAG airline suspended ticket sales for short-haul flights from its main hub until August 8 citing "responsible action" to ease capacity constraints. The move sent ticket fares at other London airports through the roof.

Airlines adapt to the newly imposed cap of 100,000 departing passengers per day at Heathrow Airport. British Airways suspended its ticket sales for short-haul Heathrow flights to increase its own flexiblity and help ease constraints at the London hub.

"As a result of Heathrow's request to limit new bookings, we've decided to take responsible action and limit the available fares on some Heathrow services to help maximise rebooking options for existing customers, given the restrictions imposed on us and the ongoing challenges facing the entire aviation industry," British Airways told the BBC.

Heathrow drew the hold-short-line of 100,000 departing passengers per day until September 11 to cope with capacity contraints. British Airways already axed 30,000 flights from its summer schedule through October.