Loganair put up for sale by its owners 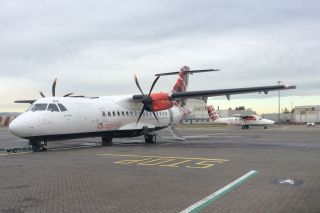 GLASGOW - The UK’s largest regional airline, Loganair, has increased its flight schedule for summer 2023, announcing more services across key regional routes as it responds to growing demand from leisure and business travellers. The airline may commence its summer 2023 under new ownership.

Loganair’s summer 2023 schedule will see additional flights from Edinburgh to Southampton, Exeter and Bergen, Norway, as well as an extra daily service between Glasgow and Southampton.

"Due to popular demand, Loganair is adding a fifth daily flight on both its Edinburgh and Glasgow services to and from Southampton, increasing interconnectivity for businesses across the UK and offering more flexibility for leisure travellers," the airline said.

Glasgow-based Loganair, that absorbed part of the Flybe network after the competitor's demise, is currently put up for sale by the brothers Stephen and Peter Bond, who owned Loganair since 2012.

"The airline is trading profitably and has repaid its Covid-19 bank debt ahead of schedule," Loganair CEO Jonathan Hinkles is quoted by the "Daily Mail". "It will very much continue to operate as it is today, with no changes to routes, services or employment."
© aero.uk | Image: Loganair | 11/10/2022 15:18