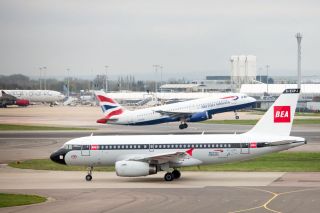 LONDON - The further easing of travel restrictions throughout July resulted in a 74% upsurge in passengers compared with July 2020 at Heathrow Airport. With consumer confidence on the rise, over 1.5 million travellers passed through Heathrow, marking the highest monthly passenger numbers since March 2020.

The relaxation in rules has provided a boost to the UK travel industry, and enabled people across Britain to look forward to a more normal summer reuniting with family and friends abroad.

Fully vaccinated US visitors are now able to travel to the UK without the need to quarantine.

Despite signs of recovery, passenger numbers are still down over 80% on pre-pandemic July 2019, as barriers to travel remain. Ministers committed to reducing testing costs over three months ago, however, the UK still stands as an outlier with Europe slashing their prices and in some cases, subsiding them.

Meanwhile, the cost of testing in the UK remains prohibitive for many, as industry calls for VAT to be scrapped, alongside the use of cheaper lateral flow for low-risk destinations.

Heathrow Chief Operating Officer, Emma Gilthorpe said: "Finally, some blue skies are on the horizon, as travel and trade routes slowly reopen. The job though is far from complete. Government must now capitalise on the vaccine dividend and seize the opportunity to replace expensive PCR tests with more affordable lateral flow tests. This will ensure travel remains attainable for hardworking Brits, desperate for well-earned getaways and keen to reunite with loved ones before the summer travel window closes.”
© aero.uk | Image: Heathrow Airport | 17/08/2021 11:43