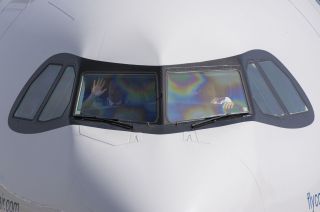 LONDON - The dust settles on the crisis-shaken job market for pilots, although significant regional differences prevail. According to a recent global survey, one in three pilots has not returned to cockpit duty yet. Two years in the crisis only a few pilots have left aviation for good, a recent survey shows.

The overall situation for job-hunting pilots is improving. Still, while recovery is well on track in some markets, other regions continue to lag far behind.

81 percent of North American pilots are currently under employment by an airline, according to a recent survey among the global pilot community by "Goose Recruitment" and "FlightGlobal".

In Europe almost two out of three pilots are back in the skies - the European employment rate of 62 percent exactly mirrors the global average, up from 43 percent a year ago.

Goose Aviation CEO Mark Charman highlights "uplifts in the salaries of first officers in North America of nearly 20 percent in the last two years", which might hint to "a shortage in the rank in the region". However, this positive trend seems highly confined to the U.S. indeed.

In Asia, by comparison, the situation tended to worsen in 2021 with 25 percent of pilots not under employment at all, up two percent from the previous year. Five percent of the global pilot demographic surveyed are still employed in the aviation ecosystem - but not in a cockpit. Only seven percent pursued careers in other industries.

Older pilots tend to be more pessimistic about their post-crisis careers than younger aviators. "My age and experience now feel like they are against me," one pilot said. "Too old and overqualified."

Other pilots expect to return to normal rosters and routines soon. "I have had periods off on maternity leave so this isn’t the longest I haven’t flown before," an European Captain said. "So I am confident my skills will return."

Things can change rapidly in both directions in a highly volatile pilot job market. Airbus recently raised concerns about a potential pilot shortage in the not too distant future. According to an Airbus estimate, airlines will need to hire up to 100,000 pilots over the next five years as retirements curb staffing.