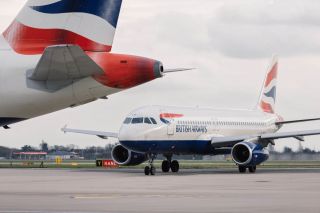 LONDON - British Airways has announced that it will be introducing a new destination to its Heathrow short-haul network: Nuremberg.

"Flights to this European city will initially operate four times a week from March 27," BA said. "The schedule will then increase to six flights per week schedule starting from 1 May 2022 and four times a week over the winter months."

The airline has timed winter flights so that customers can connect to and from other destinations across British Airways' route network, including services to the US.