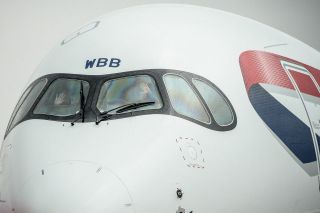 LONDON - British Airways is avoiding a clash with its pilots. The airline reached a new agreement with British pilot's union Balpa on wage increases and the end to a scheme that curbed pilot pay during the pandemic. British Airways competitor Ryanair is stuck in negotiations with its Irish pilots over pay.

British Airways pilots are set to collect a four percent salary increase for 2022. The retroactive adjustment is part of a broader pay package agreed upon by British Airways and Balpa after months of intense negotiations.

The deal also ends pay cuts that Balpa and British Airways had agreed upon to avert broader cockpit job cuts during the pandemic. Balpa members still have to approve the agreement.

"Following long and difficult negotiations, Balpa has now negotiated an agreement in principle to remove this pay cut and deliver a pay increase in 2022, while paving the way for pay negotiations for 2023," the union told the "Financial Times" that reported the agreement first.